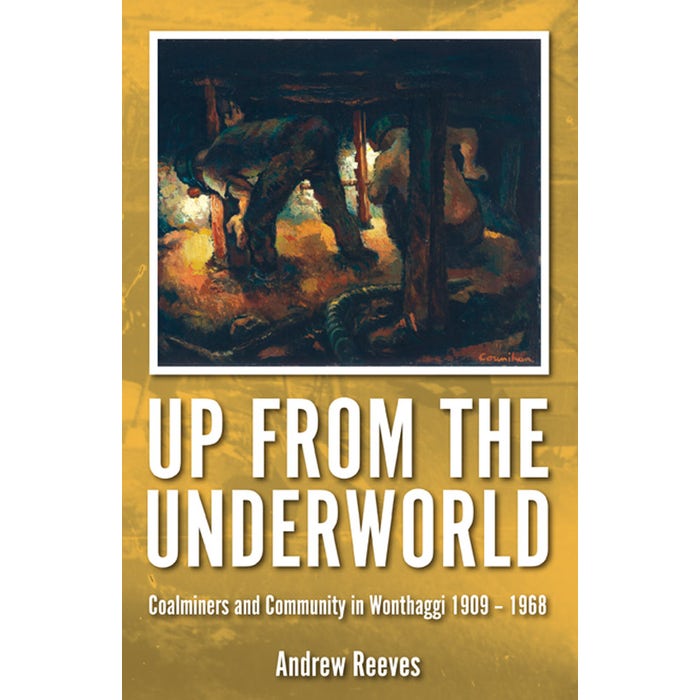 Up from the Underworld: Coalminers and Community in Wonthaggi, 1909-1968

Up from the Underworld: Coalminers and Community in Wonthaggi, 1909-1968

Why was it that a small mining community in Victoria on the margin of Australian coal mining, with a strong union organisation, was able to exert an influence on that industry out of all proportion to its size and number for more than 60 years?

At different stages of its history, the State Coal Mine and its highly unionised workforce represented a national benchmark for the introduction of new mining technologies, for the operation of successful state enterprises and ultimately the exercise of political influence within the coal industry. While Wonthaggi’s mineworkers represented only a small fraction of the Miners’ Federation’s national membership, their role in the union’s recovery following the depression of the 1930s proved highly influential. In particular, it was the success of the 1934 Wonthaggi strike that provided the Federation with the blueprint for community mobilisation that was to be used successfully for the following decade.

Nevertheless, the history of Wonthaggi as an influential mining community remains a conundrum. For 60 years the State Mine proved an economic aberration, working the thin, broken seams of a coalfield that would have been considered uneconomical in the opinion of most Australian mine owners. A regional mining community that won a national reputation, Wonthaggi came to be admired by many and disliked by others. Such contradictions can be resolved, in part, by recognising that for Wonthaggi’s miners their place within a national union was as important as their regional sensibility and that the solution to local issues depended, to a significant degree, upon national answers. The union proved central to the self-perception and identity of the town and its place in wider industrial and social issues. This book seeks to tell something of this history.

‘Through their union the people of Wonthaggi built up their clubs and societies, their co-operative store, women’s auxiliary, hospital, theatre, hall and brass band. They fought for better conditions, endured mass unemployment and led the labour movement out of the humiliations of the Depression. Andrew Reeves tells the story of this close-knit occupational community with an intimate knowledge of its rich history.’

‘A community bound by ties of work and kinship; a tradition of activism that linked local struggles to the national and international stage: Andrew Reeves traces the rise and fall of ‘Red’ Wonthaggi, a town that punched above its weight in shaping twentieth century industrial relations in Australia. Astute analysis, vivid insight, a narrative that captures the imagination; this is a people’s history in the finest sense of the word.’

Note: this book is available to read as a free download in HTML format, fromhttp://www.publishing.monash.edu/books/ufu.htm.