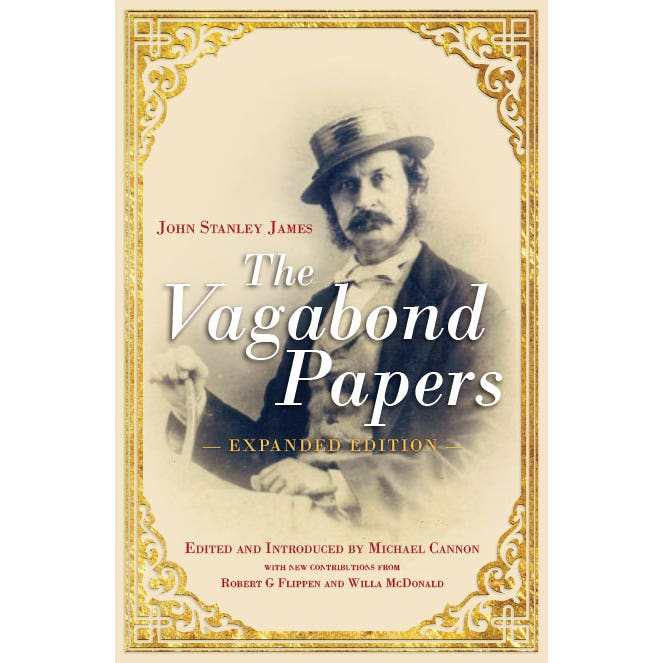 ‘As informed and informative as it is thoughtful and thought-provoking, “The Vagabond Papers” is an inherently fascinating, consistently compelling, exceptionally well written read from beginning to end. Very highly recommended.’ Midwest Book Review, January 2017

Australian life has never had a chronicler quite like the Vagabond. Renowned as journalist and ‘eminently unconventional character’, he suffered extremes of poverty and prosperity. These enabled him to record first-hand experiences revealing the degradation of life in the festering slums of the Victorian era. They also enabled him to write convincingly about the emergence of a well-off middle class in the fast-developing colonies.

This selection of the Vagabond’s best work includes a lengthy introduction to the 1969 edition, which attempted to explain the mysteries of his origins and adventures, and the reasons he always used pseudonyms after fleeing from the USA to Australia. Additional material in this edition reveals for the first time the details of his earlier life in Virginia, USA. Here he married the widow of a rich planter, used her money to build a delightful Southern mansion, became a leading light in society, took control of the local bank, and absconded when things went wrong.

The rascal managed to redeem himself with his unique work for Australian newspapers, where no-one realised his true identity. A further addition to this volume is a scholarly examination of the Vagabond’s pioneering technique of ‘immersion journalism’, where the reporter becomes part of the story and gives his own observations and opinions.