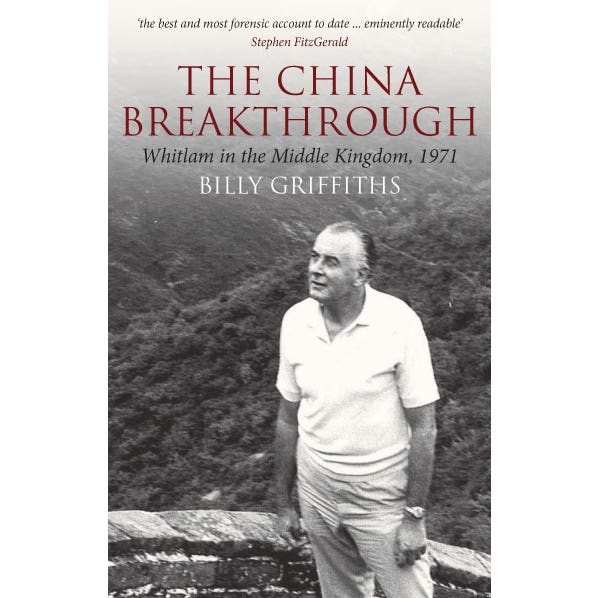 The China Breakthrough: Whitlam in the Middle Kingdom, 1971

Whitlam in the Middle Kingdom, 1971

With a Foreword by Stephen FitzGerald, Australia’s first Ambassador to the People’s Re-booklic of China

‘the best and most forensic account to date... eminently readable’ – Stephen FitzGerald (Australia’s first Ambassador to the People’s Re-booklic of China)

When Australian Opposition Leader Gough Whitlam left Sydney in June 1971, the People’s Re-booklic of China was a forbidding unknown in Australia – the subject of heated debate, charged imagination and Cold War paranoia. When he returned from his tour of Asia, the debate had irrevocably changed. On the fortieth anniversary of Australia-China diplomatic relations, The China Breakthrough reflects on the political adventure story that propelled this relationship into being. It follows Whitlam’s daring visit to China in 1971, and explores the dramatic international events and acts of secret diplomacy that underlie this key episode of diplomatic history.

The China Breakthrough unpacks the theatre of the Whitlam visit, its political intrigue, and its long-lasting cultural, political and diplomatic implications. Griffiths argues that this was a pivotal moment in Australia’s relations with Asia, a revealing test of the Australia-America alliance, and a remarkable case of foreign policy engineered from Opposition.