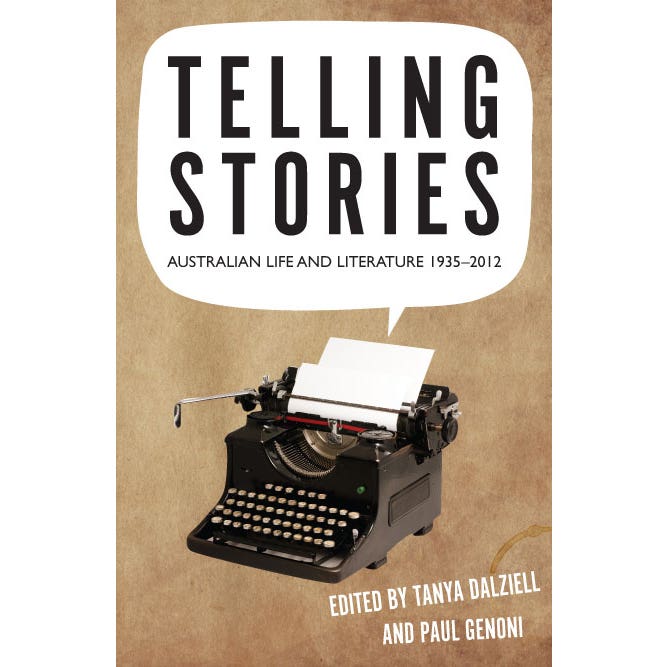 ‘I learnt a huge amount about Australia from reading Telling Stories. This collection is a testimony to the wealth of Australian literary and cultural productions, and these essays are truly gripping.’
– Kate Livett, Southerly
Read the full review in Southerly

Telling Stories explores the interaction between literary culture and the public sphere in Australia, in a series of informative, witty, intelligent and thought-provoking essays. In doing so it unearths the fascinating and changing role that literature has played in Australia’s sporting, political, civic and cultural life.

Telling Stories follows a chronological structure from 1935 to 2012, with each year (more or less) being represented with an entry (or two).

Crawfords - Television for the people
Listen to Telling Stories contributor Jeff Doyle on ABC's Hindsight discuss the impact of pioneering homegrown Australian television programs such as Homicide and The Sullivans produced by the Crawfords in the 1960s and 1970s. He joins Australian television writers actors like Graeme Blundell, Sigrid Thornton and Deb Cox.