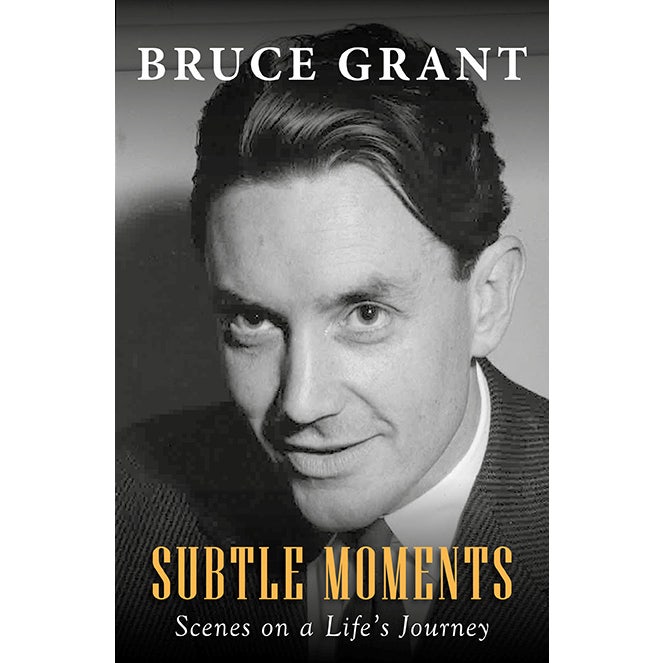 Scenes on a Life's Journey

'Subtle Moments is a heartfelt reflection on life and what makes it worth living.' — Brian McFarlane, Sydney Morning Herald

Bruce Grant was raised in outback Western Australia but has lived and worked at or near the centre of public life in Australia for several decades, as a film and theatre critic, foreign correspondent, public intellectual, academic, diplomat and government adviser, and is the author of ten works of non-fiction, six novels, essays and short stories.

He was Australian High Commissioner to India (1973–76), Consultant to the federal Minister for Foreign Affairs and Trade, Gareth Evans, 1988–91, a member of the councils of Monash and Deakin universities, chairman of the Australia-Indonesia Institute, Australian Dance Theatre, and the Victorian Premier’s literary awards, and president of Melbourne’s International Film Festival, and the Spoleto Festival, which became the Melbourne Festival.

Grant was an early advocate of the importance of Asia, to Australia. With Gareth Evans he wrote Australia’s Foreign Relations in the World of the 1990s (1991), and his Indonesia (first published in 1964) remains a classic.

In Subtle Moments Grant shares stories of public life, and its private dimensions, with literary aplomb and surprising candour, and, more than this, he fascinatingly illuminates how Australia has changed over time, and how it might still develop for the better.