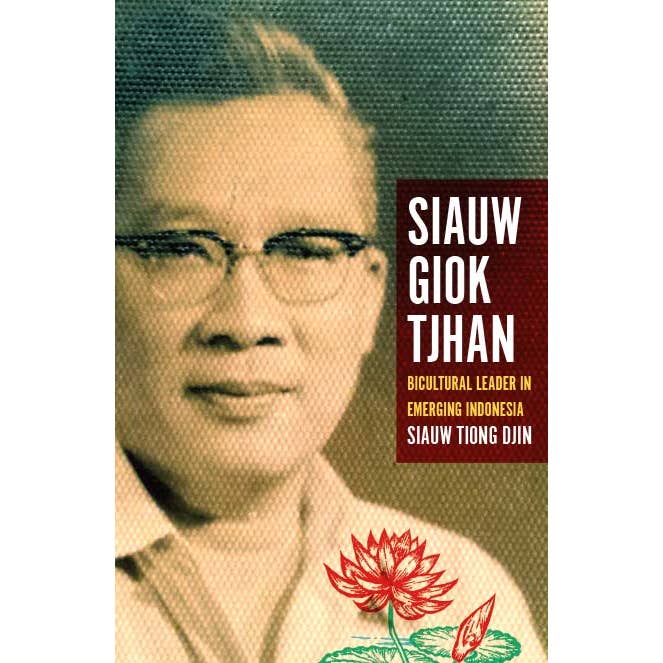 ‘This book is a major contribution to the history of the Chinese Indonesians, and their most important organisation, Baperki. It also gives a fascinating picture of a crucial period in Indonesian history, from 1945 until 1965. To look at Indonesian modern history through the eyes of a person both deeply involved in those politics yet aloof from it, is an enriching experience.’ Inside Indonesia

'Tjhan’s life is a proof that one can be accepted, embraced and respected in Indonesia regardless of one’s ancestry, ideology or religion, when one is totally dedicated and works wholeheartedly for one’s country.' The Jakarta Post

Siauw Giok Tjhan (1914–1981) was one of the most influential Chinese Indonesian political leaders in the early decades following Indonesia’s independence. His participation in politics at this time set him apart from most ethnic Chinese, a small minority who were regarded as non-political. When Indonesian independence was declared in 1945, Siauw was appointed a member of the new republic’s legislative and executive bodies. He remained a high profile member of parliament until the end of 1965. As co-founder in 1954 and leader of Baperki (the Consultative Body of Indonesian Citizenship), the largest organisation of Chinese Indonesians, he had widespread support from both Indonesian-born (peranakan) and Chinese-born (totok) Chinese.

When the balance of power tilted to the right after October 1965, Baperki was attacked and banned. Siauw, along with other Baperki leaders, was arrested and interned without trial for more than a decade. It was not until after the fall of President Soeharto in 1998 that his place in modern Indonesian history could be properly recognised. This book examines the important contributions he made toward an inclusive Indonesian citizenship, including his proposal that the Chinese be accepted as one of the ‘sukus’ or ethnic groups of the Indonesian nation.