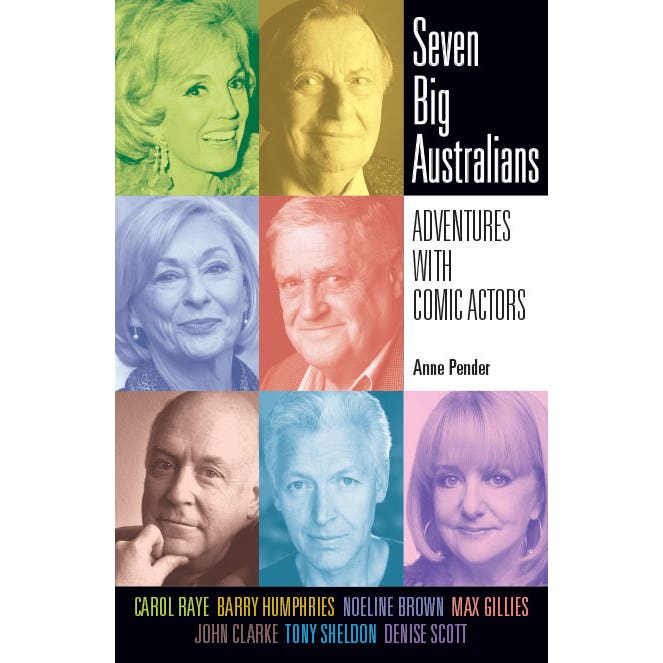 Anne Pender explores the lives and creative work of seven extraordinary performers who have brought joy and hilarity to generations of Australians through their memorable characters on stage and television, and in their potent satire, musical comedy, revue, drama, stand up acts and one-person shows.

In Seven Big Australians, Pender interprets the lives of these significant comic actors, offering vivid biographical portraits of their childhood and family of origin, their struggles to enter the entertainment industry and the art they created over many decades. Drawing on extensive life interviews conducted with each actor over several years, Pender documents their experience of the hardships of breaking into the industry and the challenges of staying there, the gruelling nature of daily life as a performer, the demands of working in multiple forms, the realities of script writing, under pressure and the exhilaration of performing. These actors are important cultural figures whose lives are awe inspiring, momentous and magical.