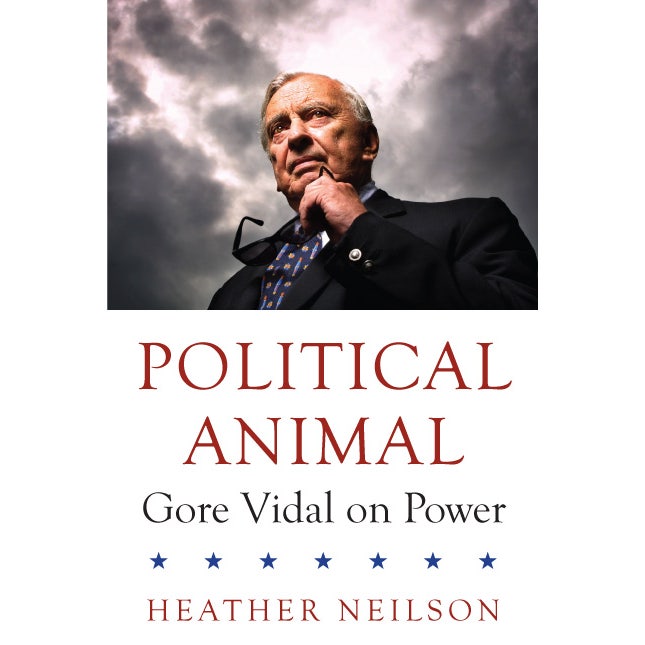 'Her incisive study will engage scholars of Vidal, and should draw wider attention to one of the most trenchantly heterodox perspectives on American politics that we have". — Journal of American Studies Vol 49, November 2015

“Heather Neilson is one of the most gifted, clear-eyed readers of Gore Vidal that we have. She reads not only the sentences but sees through them, ushering us gently toward a fresh understanding of this controversial, often misunderstood writer”.
— Jay Parini

“The most significant monograph on Vidal’s archive of political and historical writing.”
— Donald E. Pease Jnr, Professor of English and Comparative Literature and The Ted and Helen Geisel Third Century Professor in the Humanities, Dartmouth

Gore Vidal occupies a unique position within American letters. Born into a political family, he has run for office several times, but has been consistently critical of his nation’s political system and its leaders. He is a prolific writer in several genres and widely known in the United States on the basis of his frequent television appearances. In this ground-breaking work, Heather Neilson examines the centrality of the theme of power throughout his writings.

Gore Vidal on Power primarily analyses Vidal’s historical fiction: his series about American history, the ‘Narratives of Empire’; and the novels set in the ancient world, Creation and Julian. In each of these works, Vidal evokes a world in which deliberately propagated falsehood – ‘disinformation’ –becomes established as truth. Neilson engages with Vidal’s representations of political and religious leaders, and with his deeply ambivalent fascination with the inescapable power of the media. She asserts that Vidal’s oeuvre has a Shakespearean resonance in its persistent obsession with the question of what constitutes legitimate power and authority.