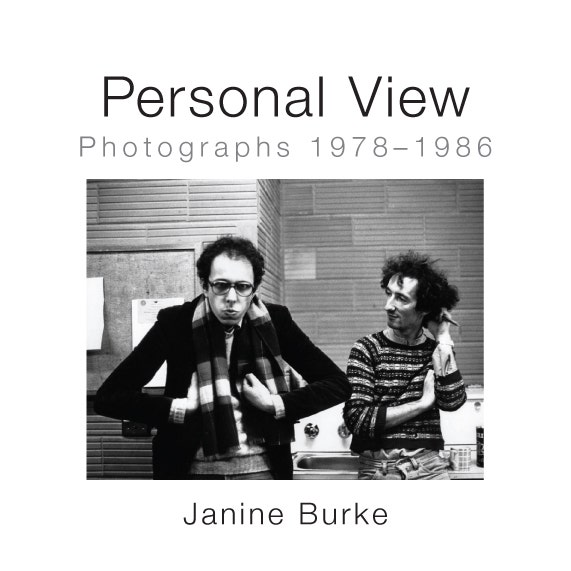 "Here Janine Burke, distinguished biographer and art historian, turns photographer to consummate effect. She offers an oddly moving and evocative view of a vanished but vital decade in Melbourne art, at once intimate and casual."
– Patrick McCaughey

In 2004, Janine Burke was looking for a photograph she’d taken of Albert Tucker. Crammed into the bottom drawer of a ﬁling cabinet in her study, she discovered hundreds of photographs that she’d taken over the years and forgotten about.

Best known as an author and art historian, Personal View: Photographs 1978–1986reveals Burke as an ‘accidental photographer’ who recorded the artists, critics, writers and curators who were her friends and colleagues during a dynamic period in Australian art.

Living in Carlton in the 70s, Burke was part of a milieu that generated the women’s art movement, feminist exhibitions, radical journals, experimental galleries and provocative art. The common denominator in all these ventures were networks of intense friendships, a catalyst that helped to change the culture.
Personal View is a snapshot of an era.

Janine Burke is an art historian, biographer, novelist and freelance curator. She has written a series of books about the Heide circle that includes Joy Hester, Australian Gothic: A Life of Albert Tucker and The Heart Garden: Sunday Reed and Heide.

In 1987, she won the Victorian Premier’s Award for her novel, Second Sight. With the Freud Museum London, she curated ‘An Archaeology of the Mind: Sigmund Freud’s Art Collection’ for Monash University Museum of Art and Nicholson Museum, University of Sydney in 2007.

Her most recent book is Source: Nature’s Healing Role in Art and Writing. Dr Burke is a research fellow of Monash University based in the School of English, Communications and Performance Studies.