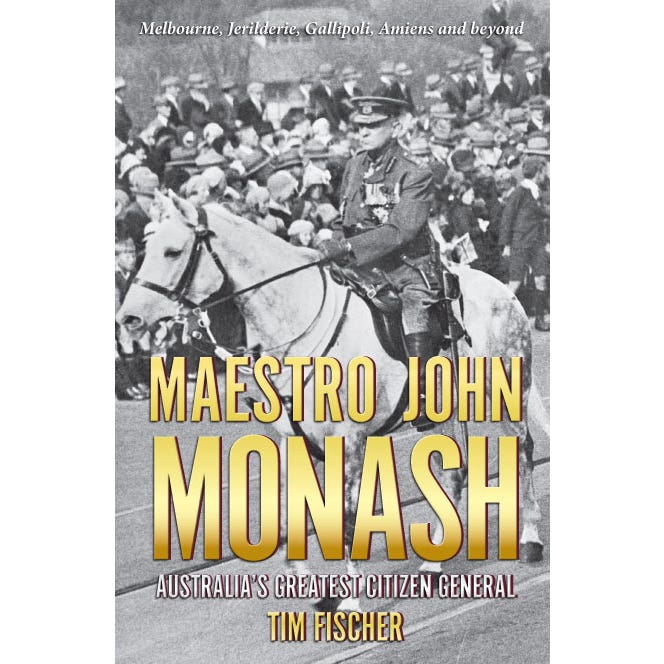 ‘A fair and passionate judgement of the greatest Australian to wear our uniform.’— Stephen Loosley, The Spectator Australia

‘Tim Fischer brings his army and political experience to the
General Monash story with a flowing and digestible style.’
— Professor Roland Perry

Who was the most innovative general of World War One? For Tim Fischer, the answer has to be Australia’s ‘Maestro’ John Monash, a man who, for all the recognition he received in his lifetime and after, has arguably not been given his proper due.

Fischer also asks why Monash, Australian Army Corps Commander, was never promoted to Field Marshal, postwar, as international precedent suggested was most appropriate, pointing the finger primarily at the Australian prime minister of the time, Billy Hughes, within a wider context of establishment suspicion towards this son of a German Jewish migrant.

‘A perfected modern battle plan is like nothing so much as a score for an orchestral composition, where the various arms and units are the instruments, and the tasks they perform are their respective musical phrases. Every individual unit must make its entry precisely at the proper moment and play its phrase in the general harmony.’
— John Monash