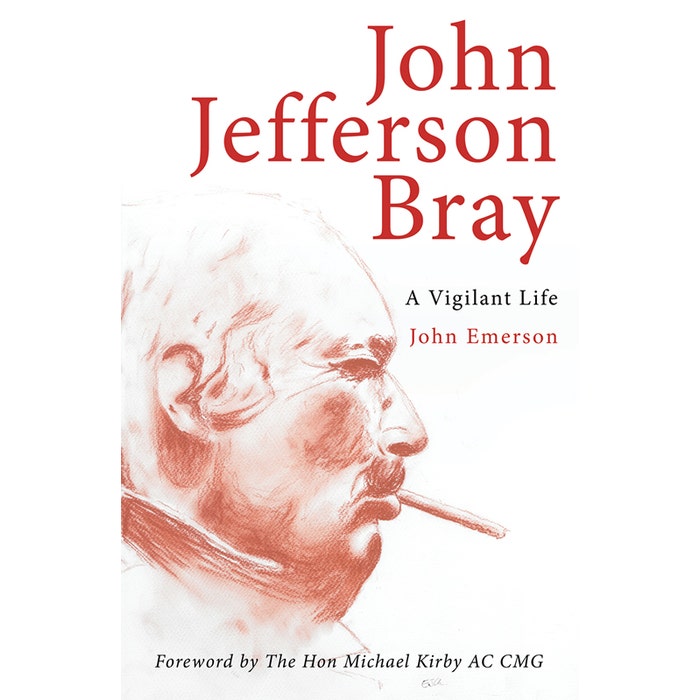 “What a fascinating life! What a gripping book! … Professor Emerson, a non-lawyer, well versed in literature, skilfully succeeds in depicting the life of a judge who wrote widely influential judgments cited by a legion of foreign courts … [T]he ultimate value of this book is presenting the life and thoughts of a truly great man… ”
Justice Gilles Renaud, Provincial Judges Journal, Vol. 38, no. 2, 2016

“This biography … unravel(s) the puzzle of how such a gifted legal scholar, advocate and judge could, at the same time, live a life that so outraged the orthodox expectations that ascended upon him.”
From the Foreword by the Hon Michael Kirby AC CMG

In March 1967 South Australian Attorney-General Don Dunstan appointed his State’s most outstanding barrister as Chief Justice. In public Bray’s appointment brought barely a ripple, but in the murky waters of Adelaide’s corridors of power this decision unleashed waves of outrage and bitter revenge seeking, which would eventually lead to the sacking of a police commissioner, the resignation of Dunstan as South Australian Premier and the early retirement of Bray.

After his successful defence of Rupert Murdoch’s News in 1960, in a seditious libel case, Bray made a powerful enemy who coveted the position of Chief Justice Bray would come to hold; an enemy who would then ruthlessly target Bray’s unconventional private life.

This is the story of an extraordinarily gifted man whose judicial writings continue to be cited across the Commonwealth and who determined to defend not only his own natural right to a private life, but that of all citizens. As Michael Kirby relates in his Foreword, “the abuse of power, recorded in those pages, stands as a warning to us”.