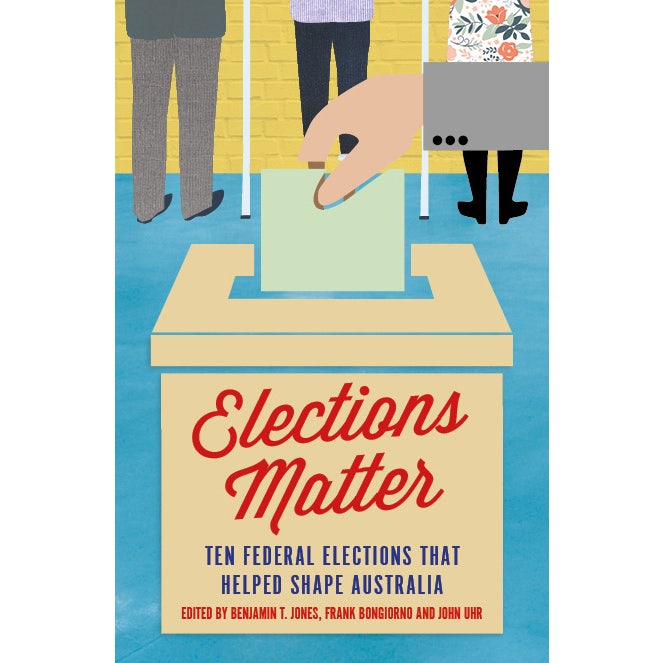 “A timely reminder that election outcomes really do matter. The writers take their readers on a journey through some of Australia's most significant election outcomes, reminding us that there are real differences to choose between when voting. The book illustrates not only that elections matter, but that the choices voters make profoundly shape the democracy in which they live. Australia would look very different if the elections covered in this book had gone the other way.”
Peter van Onselen

In a world of fake news and populist politics, elections can seem like theatre. With growing rates of informal votes and a perceived narrowing of differences between the major parties, do Australian elections really matter? Taking ten examples, this book argues that elections do matter (even when it seems they don’t). It is not just elections with memorable jingles or triumphant campaigns from opposition to government that can shape the nation. Could it be that the Labor loss in 1969 formed the country more than the famous win in 1972? Or did the return of the Coalition in 1954 have more impact than securing government in 1949?

More information about this book