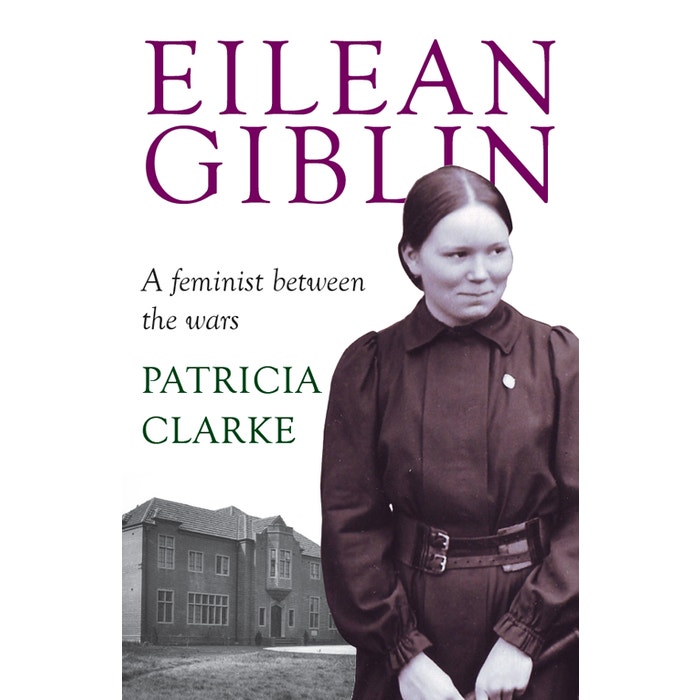 Eilean Giblin: A Feminist Between the Wars

A Feminist between the Wars

Shortlisted for the Magarey Medal for Biography 2014

The Governor-General of Australia, the Honourable Quentin BryceAC CVO, launched Eilean Giblin on 15 July at the National Library of Australia.
Read the Governer-General's full speech
View photos from the launch

'Patricia Clarke’s book is timely and important reading. Now, sixty years on, we must ask: Despite the achievements of [the] second-wave of feminism, how far have we really come?' — Janet George, ISAA Review vol. 13 no. 1 2014

‘In this meticulously researched and richly detailed study Clarke has revealed a woman previously hidden from history and as Dale Spender suggests, the ‘more we know about women like her … the more we can appreciate the contribution they made to the rights we take for granted today’. Patricia Clarke’s biography makes a significant contribution to that appreciation.’ — Wendy Michaels, History Australia, April 2014

‘An incredible true story of one woman’s persistence and determination to leave the world a better place than she found it.’ — Midwest Review (Oregon)

Eilean Giblin arrived in Australia from England in 1919 with a shipload of war brides, almost certainly the only woman not wearing a wedding ring. She believed both husband and wife should have rings or neither. She brought with her a commitment to women’s rights and social justice developed through the suffrage movement and left-wing social and political circles. During the next three decades, in three Australian cities, she worked to advance her feminist and humanitarian ideals.

In Hobart in the 1920s she campaigned for ‘equal citizenship’; she was the first woman appointed to a Tasmanian hospital board, and she represented Tasmania at the 1923 International Woman Suffrage Congress in Rome. In Melbourne in the 1930s she led a committee that achieved the long sought goal of a non-denominational university women’s college. And in Canberra during World War II she was one of a small minority of Australians who championed the cause of the enemy aliens, many of them Jewish, deported from Britain on the ship Dunera, and she set off on a lone 500 kilometre journey to investigate their internment camp conditions.

Patricia Clarke draws on original records and evidence, such as Giblin’s diary kept during World War II – a unique social record and a powerful witness to the immense suffering and futility of war – to portray the courageous public and private life of this unconventional feminist.