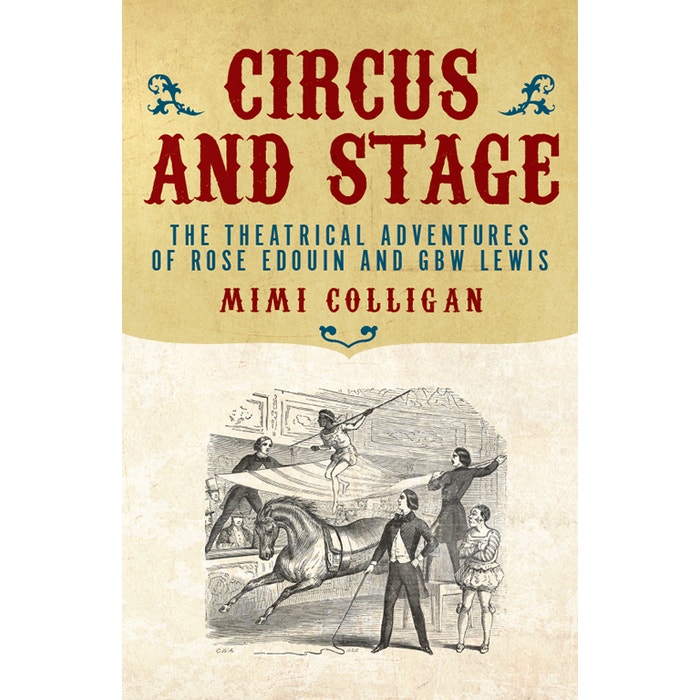 Circus and Stage: The Theatrical Adventures of Rose Edouin and G. B. W. Lewis

Circus and Stage:
The Theatrical Adventures of Rose Edouin and G. B. W. Lewis

“The book is studded with journalistic footnotes from the English-language newspapers of Melbourne, Dunedin, Cape Town, Dublin, Wellington, Calcutta, Bristol, Hong Kong, Manchester, New York, Shanghai, Ballarat, London, Bombay, Singapore, Batavia and Warrnambool; to name but some … Pioneering documentary research such as this must use scholarly discrimination in its source interpretation, respecting the blank areas, presenting a cohesive narrative, and convincing the reader that its subject matter is a worthwhile contribution to scholarship. Circus and Stage succeeds in these objectives.”
— Veronica Kelly, Australasian Drama Studies 65, October 2014.

Rose Edouin (née Bryer) and her husband, entrepreneur and circus performer George Benjamin William Lewis, have received little attention in the history of Australian theatre, and certainly few now would be aware of the achievements of this couple. Fame is ephemeral. For more than half a century, from the 1850s, Edouin and Lewis forged high-profile careers that encompassed circus, the popular stage and theatre management in Europe, Australia, China, India and New Zealand.

Actress Rose started as a child star in London, toured the gold towns of Victoria and acted in and directed popular theatre in India and China before opening the Academy of Music/Bijou Theatre in Bourke Street, Melbourne. George brought the equestrian/horse circus to Melbourne, opened the building that became the Princess Theatre, built theatres in Calcutta, was an early employer of JC Williamson, and for a decade, in the late 1800s, managed the Academy of Music/Bijou Theatre.

Circus and Stage tells this couple’s intriguing and important story.