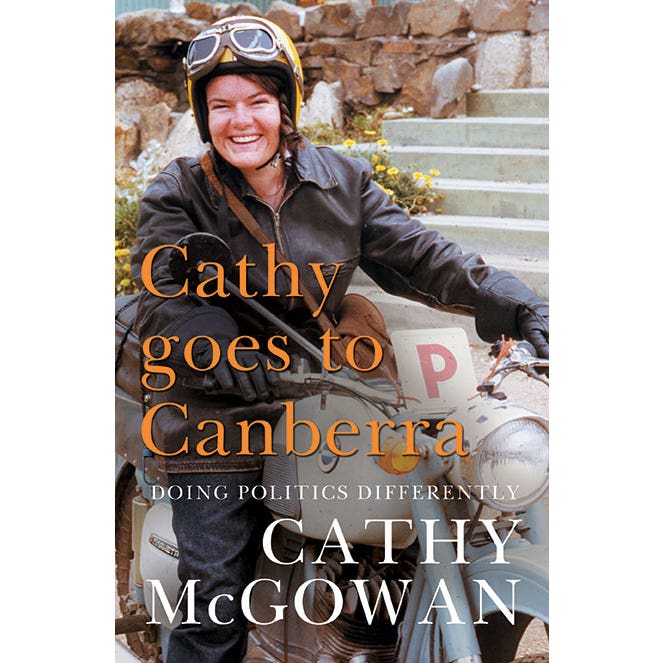 In 2013 Cathy McGowan became the first female independent to sit on the crossbench, where she would represent the Victorian rural electorate of Indi for six years. Winning the seat of Indi, after the National Party had held the seat for 34 years, was a watershed moment. Indi became 'Exhibit A' for future political campaigns – from Kerryn Phelps as the Member for Wentworth to Zali Steggall in Warringah.

Doing Politics Differently tells both the story of the campaign to win Indi around the community’s kitchen tables and the subsequent realities of negotiating good policy with the major political parties.

The book is a handbook - a 'how-to-be-elected' and a 'how-to-survive' Canberra. It is a manifesto for an alternative community-based politics told through the prism of the story we know as 'Cathy McGowan Goes to Canberra'.

In 2004 McGowan was made an Officer of the Order of Australia 'for service to the community through raising awareness of and stimulating debate about issues affecting women in regional, rural and remote areas.' McGowan was also a recipient of the Centenary Medal in 2001.