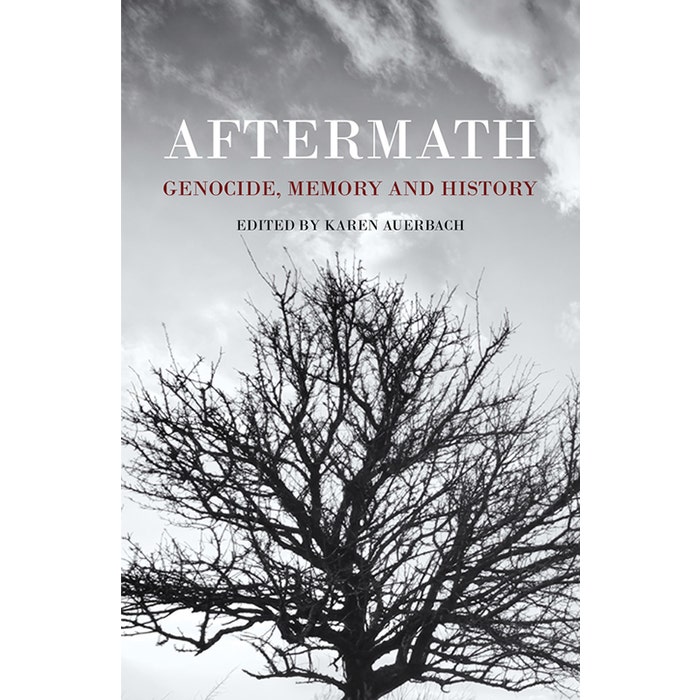 Aftermath: Genocide, Memory and History examines how genocide is remembered and represented in both popular and scholarly memory, integrating scholarship on the Holocaust with the study of other genocides through a comparative framework. Scholars from a range of disciplines re-evaluate narratives of past conflict to explore how memory of genocide is mobilised in the aftermath, tracing the development and evolution of memory through the lenses of national identities, colonialism, legal history, film studies, gender, the press, and literary studies.

PART I:  THE HOLOCAUST AND OTHER GENOCIDES

1.  ‘We have exterminated the race in Van Diemen’s Land’: Remembering colonial genocide in 19th century British culture
by Tom Lawson

2.  Setting the picture straight: The ordinary women of Nazi Germany and Rwanda who participated in genocide
by Kimberly Allar

3.  ‘A Holocaust the West forgot’? Reflections on genocide narratives of the Ukrainian Holodomor
by Rebekah Moore

PART II:  PERCEPTIONS AND REPRESENTATIONS: PAST

4.  ‘They are killing all of us Jews’: Australian press memory of the Holocaust
by Fay Anderson

5.  The politics of detachment: Franco’s Spain and the public perception of the extermination of the Jews
by Salvador Ortí Camallonga

6.  Looking out from under a long shadow: Holocaust memory in 21st century America
by Laura S Levitt

Ch 7.  The place of memory or the memory of place? The representation of Auschwitz in Holocaust memoirs
by Esther Jilovsky

Ch 8.  ‘Returning to a graveyard’: The Australian debates about March of the Living to Poland
by Suzanne D Rutland

9.  Representing rape in Holocaust film: Exhibiting the eroticised body for the camera’s gaze
by Adam Brown and Deb Waterhouse-Watson