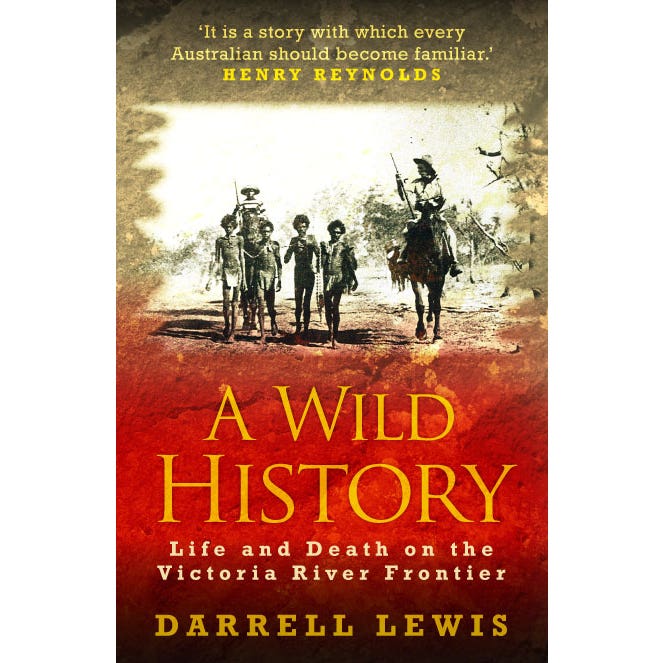 A Wild History: Life and Death on the Victoria River Frontier

Life and Death on the Victoria River Frontier

More on receiving the award

"If Ned Kelly had been gentler and more learned but just as much a bushman he might have written A Wild History"
— Tom Griffiths, Inside Story, 13/12/2012

On December 22, 2012, in The Australian, journalist and author Nicolas Rothwell nominated A Wild History as his Book of the Year.

About A Wild History

In 1883 pastoralists began to drive great herds of cattle into Victoria River District of Australia’s Northern Territory. They entered a vast tropical land of big rivers, wide plains, and rugged ranges. It was a cattleman’s paradise, but also a paradise for the Aboriginal people who had lived there for thousands of years. Each side came to see the other as the serpent in the garden – a serpent that had to be banished – and a twenty year war ensued. The cattlemen won, but it was a pyrrhic victory. The coming of the cattle began the destruction of the paradise for both.

The frontiersmen who came to the district included cattle and horse thieves, outlaws, capitalists, dreamers, drunks, madmen and others. Together they established massive stations of up to 12,000 square miles on the traditional lands of the Aborigines. This book looks at them all, from the explorers of the 1830s and 1850s to the founders of the big stations in the 1880s and 1890s, and finally at the ‘golden era’ of the cattle duffers in the early 1900s.

Drawing on painstaking research into obscure though rich documentary sources, Aboriginal oral traditions, and first-hand investigations in the region over thirty-five years, Darrell Lewis pieces together the complex interactions between the environment, the powerful and warlike Aboriginal tribes and the settlers and their cattle, which produced what truly became A Wild History.

"It is a story with which every Australian should become familiar."
— Henry Reynolds

A Wild History was launched by Professor Tom Griffiths on 15 March 2012.
Read the launch speech.