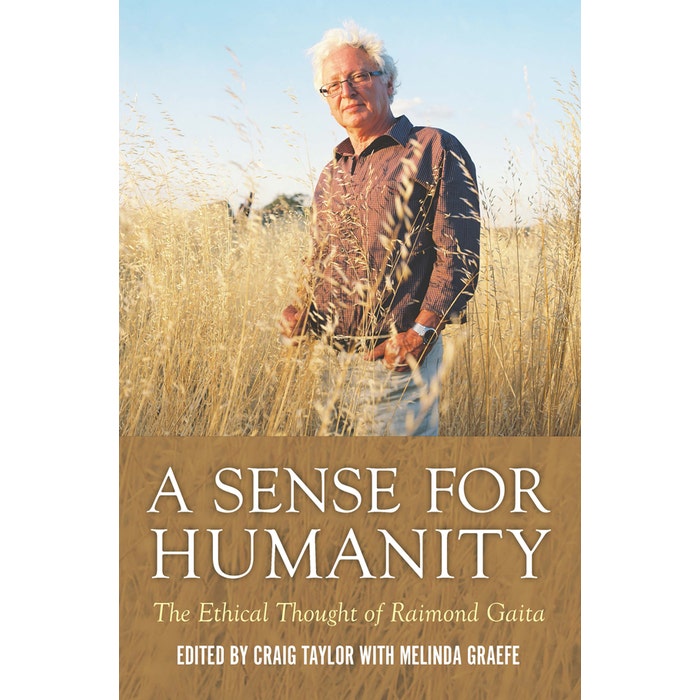 A Sense for Humanity: The Ethical Thought of Raimond Gaita

A Sense for Humanity

The Ethical Thought of Raimond Gaita

Raimond Gaita was awarded the Doctor Honoris Causa from the University of Antwerp ‘for his exceptional contribution to contemporary moral philosophy and for his singular contribution to the role of the intellectual in today’s academic world’, so recognising the influence of Gaita’s ethical thought beyond academic philosophy. The essays in this collection examine the influence of Gaita’s ethical thought in this broad sense, and particularly within Australian society and culture, where it has been most significant. Through his various works, including in particular his acclaimed biography, Romulus: My Father, Gaita’s ethical thought has had a considerable impact on the intellectual and cultural life of Australia. This collection is unique for its survey of this influence, with new essays from significant writers and academics, including Barry Hill, Alex Miller, Brigitta Olubas, Helen Pringle, Robert Manne, Gerry Simpson, Steven Tudor, Geoffrey Brahm Levey, Dorothy Scott, Christopher Cordner, Craig Taylor and Miranda Fricker, along with an introductory piece by J.M. Coetzee. Other features of the collection include a new poem for Gaita by poet and screenwriter Nick Drake and an interview with Gaita by Anne Manne, in which Gaita reflects on the origins and development of his ethical thought as a form of lucidity.

Introduction, by Craig Taylor
'The Track', by Nick Drake

Part 1: Romulus and After Romulus
1. Raimond Gaita, After Romulus, by J.M. Coetzee
2. Rai Gaita’s Mont Blanc: a new poem imagined, by Barry Hill
3. Sophie's choice, by Alex Miller
4. Romulus, My Father and the Australian literary imaginary, by Brigita Olubas
5. The time of friendship, by Helen Pringle

Part 2: Politics, law and society
6.  A political friendship, by Robert Manne
7.  International law's common humanity, or Are pirates necessary?, by Gerry Simpson
8.   'Even the most foul criminals are owed unconditional respect': the ethical lawyer and the ideal of respect, by Steven Tudor
9.  On Raimond Gaita's 'assimilationist multiculturalism', by Geoffrey Brahm Levey
10.  A crucible of compassion, a harbinger of hope: reflections on child protection and the vulnerable child, by Dorothy Scott

Part 3: Ethics
11.  Moral philosophy in the midst of things, by Christopher Cordner
12. Moral thought and ethical individuality, by Craig Taylor
13. The power of negative thinking: remorse and blame, by Miranda Fricker