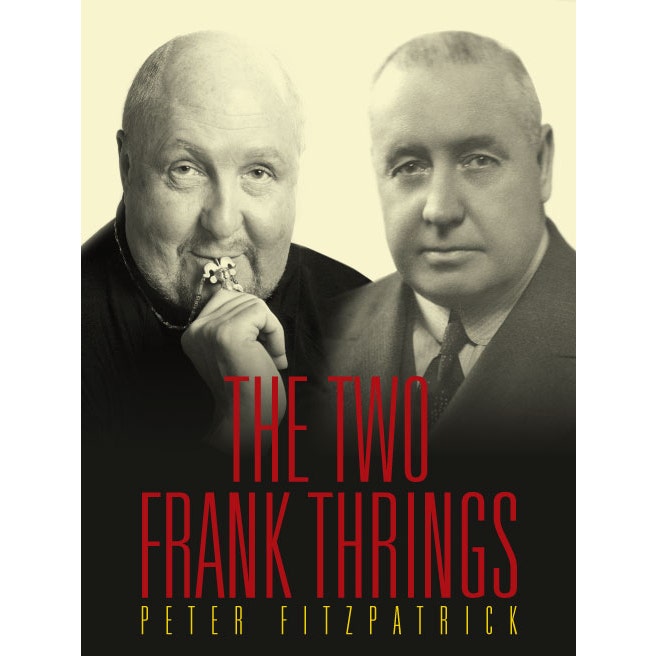 ‘In Fitzpatrick’s expert hands, their stories count among the saddest as well as the most scintillating in our annals.’
— Ian Britain, Australian Book Review

They shared a name, of course, and their physical resemblance was startling. And both Frank Thrings were huge figures in the landscape of twentieth-century Australian theatre and film.

But in many ways they could hardly have been more different. Frank Thring the father (1882–1936) began his career as a sideshow conjuror, and he wheeled, dealed and occasionally married his way into becoming the legendary “F.T.” — impresario, speculator and owner of Efftee Films, Australia’s first ‘talkies’ studio. He built for himself an image of grand patriarchal respectability, a sizeable fortune, and all the makings of a dynasty.

Frank Thring the son (1926–1994) squandered the fortune and derailed the dynasty in the course of creating his own persona — a unique presence that could make most stages and foyers seem small. He won fame playing tyrants in togas in Hollywood blockbusters, then, suddenly, came home to Melbourne to play perhaps his finest role — that of Frank Thring, actor and personality extraordinaire. Central to this role was that Frank the son was unapologetically and outrageously gay.

Peter Fitzpatrick’s compelling dual biography tells the story of two remarkable characters. It’s a kind of detective story, following the lives of two men who did all they could to cover their tracks, and to conceal ‘the self’: Frank the father used secrecy and sleight-of-hand as strategies for self-protection; Frank the son masked a thoroughly reclusive personality with flamboyant self-parody. It’s also the tale of a lost relationship — and of the power a father may have had, even over a son who hardly knew him.

‘[I]nformed and immensely readable … Their detailed and engrossing double biographies are a welcome contribution both to regional history and to international studies of twentieth-century entertainment careers’, — Theatre Research International (Cambridge)