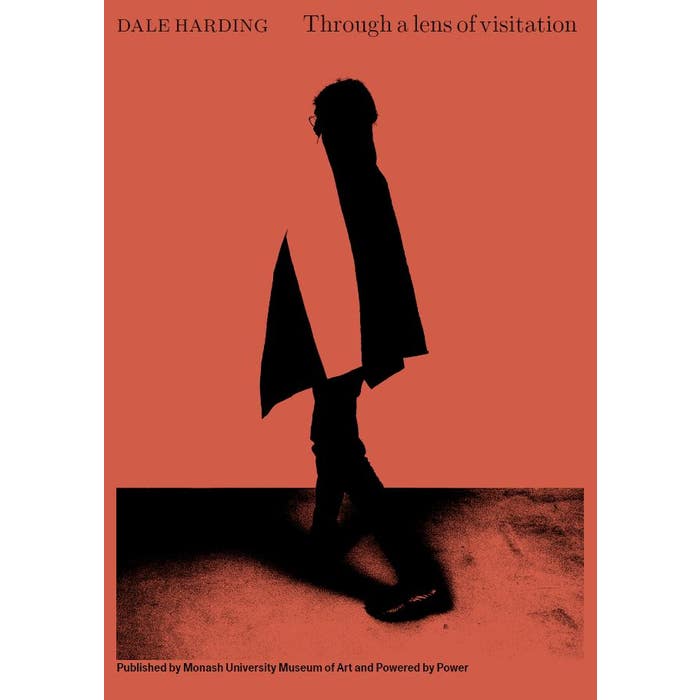 Dale Harding: Through a lens of visitation (Sold Out)

Dale Harding: Through a lens of visitation

A descendant of the Bidjara, Ghungalu and Garingbal peoples, much of Dale Harding’s multilayered practice is motivated by the cultural inheritances of his families, who originate in the Fitzroy Basin and the sandstone belt of central Queensland. Harding’s works pay particular homage to the stories and presence of matrilineal figures in his family.

Produced to accompany an exhibition of the same title at Monash University Museum of Art (MUMA), Through a lens of visitation specifically explores the artist’s relationship to his mother’s Country of Carnarvon Gorge and documents a major new commission and first-time collaboration with his mother Kate Harding. A textile artist, who since 2008 has employed quilt-making to tell her stories of family, culture and Country, Kate Harding’s quilts are presented alongside painterly responses undertaken by Dale Harding across various mediums. Together, their works reflect on cultural knowledge as it is held, practiced and transposed across generations, gender and place.

Introduced with a conversation between Harding and the exhibition curator, MUMA senior curator Hannah Mathews, Through a lens of visitation includes a key text written in 1995 by Dr Jacky Huggins AM FAHA, ‘Kooramindanjie: Place and the Postcolonial’, re-published with a 2020 preface; new texts by curators/scholars Dr Deborah Edwards, Dr Nancy Underhill and Dr Ann Stephen FAHA; and a report from rock-art specialist Professor Paul S.C. Taçon on a fire-damaged site in the Carnarvon Gorge National Park. Reflecting on the history of Carnarvon Gorge and its resonances within Australian modernism, Edwards’ and Underhill’s texts discuss the visits of artists Margaret Preston and Sidney Nolan to the Gorge in the 1930s and 1940s respectively, exploring the presence and influence of this Country on their later work. Stephen considers Harding’s work in its broader conversation with Minimalism, Conceptual Art and Indigenous modernisms.