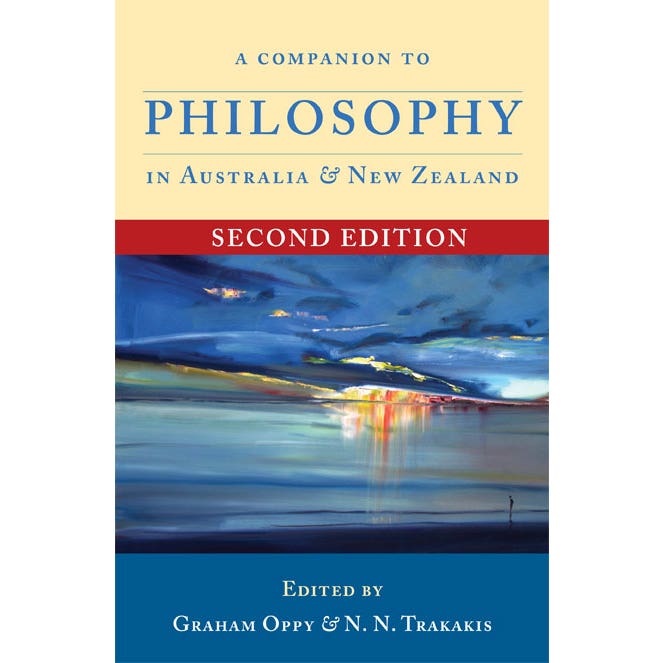 A Companion to Philosophy in Australia and New Zealand (Second edition)

A Companion to Philosophy
in Australia and New Zealand
(Second Edition)

This second edition of the Companion now includes the following topics: Australian Aboriginal Philosophy; History and Philosophy of Science; and The Oxbridge Connection. Also, an Addendum has been added to the article on the Australian Society of Legal Philosophy.

Philosophy in Australia and New Zealand has for some time now been experiencing something of a ‘golden age’. The richness of Australasia’s philosophical past, though less well known, should also not be forgotten. Australasian philosophy, although heavily indebted to overseas trends, includes much distinctive and highly original work.

The Companion contains a wide range of articles contributed by prominent philosophers and scholars, and includes biographical essays on selected philosophers, topics and controversies, as well as shorter entries on associations, research centres, departments, journals, pedagogy, and international links. Important philosophical contributions made by those working outside of the academy are also included, along with philosophy’s recent inroads into the wider community – in primary and secondary schools, community-based forums and ‘philosophy cafés’.

A Companion to Philosophy in Australia and New Zealand will provide scholars and the wider community, in Australia, New Zealand and beyond, with a greater appreciation of the philosophical heritage of this region, and will be a standard work of reference for many years to come.